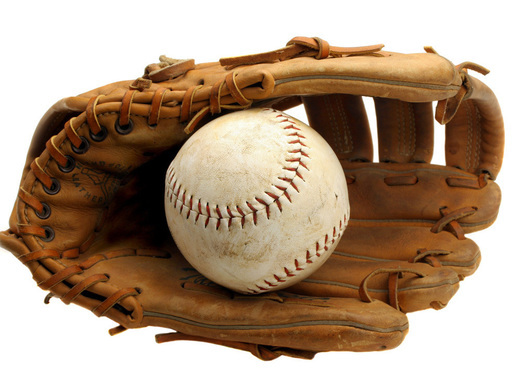 Welcome to the second monthly BBF Newsletter of 2021, bringing you up to date with recent events, important announcements, dates for your diaries and plans for the future development of our sport.

Welcome to the second monthly British Baseball Federation (BBF) Newsletter of 2021. Each month the newsletter will bring you up to date with recent events, important announcements, dates for your diaries and plans for the future development of our sport.

This month’s editions has been slightly delayed as we were hoping to have heard the result of BSUK’s application on behalf of GB Men’s Baseball to obtain a grant from the National Squads Support Fund that is sponsored by UK Sport. An announcement on the funding application will be made shortly.

British Baseball Federation Season Round Up

The 2021 BBF season has now been completed. Congratulations to the respective league champions:

The teams that participated were:

The final was between Cambridge and Long Eaton. As part of BSUK’s Crown Jewell Event Program, the final was livestreamed with commentary from Chris Knoblock and Tim French of the Sheffield Bruins. This can be watched via BSUK's YouTube Channel.

At the event, Storm’s coach and British Baseball HoF Mike Harrold coached his final game in competitive baseball as he announced his retirement. It was an outstanding event conceived and led by EEBL’s Tom Thornhill, fully supported by the board members of the BBF and BSUK. All the games were played in great spirit and friendships were made.

It is hoped that this unique event was the first of many, perhaps including all levels of British baseball.

The BBF Board is currently planning and working on the format and venues for play offs and championships for 2022.

This year, we had a total of 23 youth teams that played in five different age/ability divisions. The teams we had played in the age divisions of U11 (Coach Pitch), U11 (Player Pitch), U13, U15 and U18.

The BBF board would like to thank Herts Baseball, Kent Buccaneers Baseball Club and ACS Cobham for hosting a brilliant Youth Championships as well as a big thanks to Kent Boswell, BBF Youth Commissioner for pulling it all together.

Men’s U23 and Seniors Team

The Great Britain Men’s National Team (U23 and Seniors) competed in the European Championships in August and September at different venues in Italy. Both teams achieved the best results since 2007 at these tournaments. For the U23s, the GB squad finished fourth out of eight teams, and forthe Men’s Seniors, this team finished sixth out of 16 teams. We would like to congratulate Head Coach Drew Spencer, his staff and all of the players for securing such historic results for Great Britain.

We would also like to thank the support the sport received from BSUK during the Men’s Seniors tournament. BSUK’s Chris Knoblock provided excellent commentary and content of the tournament alongside the GB Baseball/BBF’s Marianna Casal.

BaseballSoftballUK has announced the launch of the second round of applications for its Facilities Fund. All BBF and British Baseball clubs registered as a member of the Development Charter are eligible to apply for this additional funding of up to £5,000.

For a list of the application criteria as well as to apply, please follow the link here:https://www.baseballsoftballuk...

A round up of last year’s funding recipients can be found here:https://www.baseballsoftballuk...

Our insurance policies that BBF members benefit from will expire on 30th November 2021 in respect of the 2021 season. Negotiations with our broker in respect of new policies have been initiated and will result in new annual cover for registered members as of 1 November 2021. Please be aware that if there is any member that wishes to submit an insurance claim for any damages or accidents that took place during the period December 1st 2020 to date, this claim must be formally submitted to the BBF by no later than 30th November 2021. Please send any such claims or queries to info@britishbaseball.org . Any claims made after the end of this month cannot be accepted, as per the terms and conditions of our insurance policies.

Preparations are currently being made for the BBF AGM. As announced in the previous newsletter, we are planning on hosting the AGM in Q4 of this year in line with what took place previously in certain years. We look forward to possible being able to hold the AGM in person again, if appropriate and plans are being made for both eventualities.

The handover as announced following the resignation of the BBF President in May is still ongoing. The issues still outstanding include but are not limited to the control of the BBF Internet domains, a GB Baseball bank account, previous data collected in respect of Safeguarding, and some other online resources. Although we were hopeful that the full handover would have been achieved in September, the current board is still working towards a conclusion and it is hoped that all this will be resolved by the time the AGM is held.

BBF Secretary on behalf of the Board