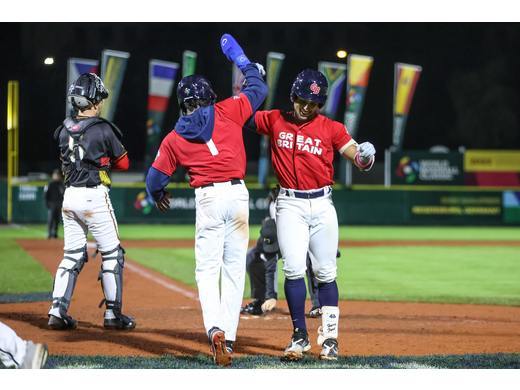 The Great Britain Baseball Men’s Senior National Team will play for a spot at the 2023 World Baseball Classic Qualifier on Tuesday after defeating Germany 8-1 at Armin-Wolf-Arena on Saturday night.

REGENSBURG, GERMANY – The Great Britain Baseball Men’s Senior National Team will play for a spot at the 2023 World Baseball Classic Qualifier on Tuesday after defeating Germany 8-1 at Armin-Wolf-Arena on Saturday night.

Akeel Morris (1-0) got the start for Great Britain, but he had run support before he took the hill. German starter Brian Flynn (0-1) hit the first two batters of the game - Harry Ford and Matt Koperniak - and Justin Wylie made him pay, smashing a one-out, three-run home run to give Great Britain a lead they would not relinquish.

Germany got on the board with an RBI single by Daniel Aldrich, but Morris was able to limit the damage to a single run. Each team traded baserunners over the next few innings, with Morris and veteran GB pitcher Daniel Cooper keeping the German team at bay.

The skies opened in the fifth inning, leading to a 57-minute rain delay, and GB reliever Donovan Benoit entered in relief of Cooper following the return of play, striking out a pair of baserunners in the bottom of the inning.

Great Britain would extend their lead in the sixth, as Jaden Rudd and Kent Blackstone both singled, and Anfernee Seymour drove them in with a scorched triple to right field. Ford then lofted a fly ball to left for a sacrifice, scoring Seymour, and GB’s lead became five.

Another inning for Benoit, and a scoreless frame for Alex Webb brought the game to the eighth, where Ford finished off the scoring with a flourish. Seymour singled to left field, bringing up the Mariners' top prospect, who crushed a home run to centre field and give Great Britain a 7-run cushion.

Chavez Fernander and Tanaj Thomas worked the final two frames, each registering a strikeout in a scoreless frame in their GB debuts.

News & Notes: Harry Ford is fourth in competition batting average (.500) and tied for first in runs scored (4)…Daniel Cooper’s appearance in tonight’s game marks the ninth time he has appeared in a tournament for Great Britain, one of the most in programme history…Seymour is tied for second in the competition with 5 runs batted in…Great Britain is now 5-4 overall in World Baseball Classic Qualifier competition, dating back to 2012. 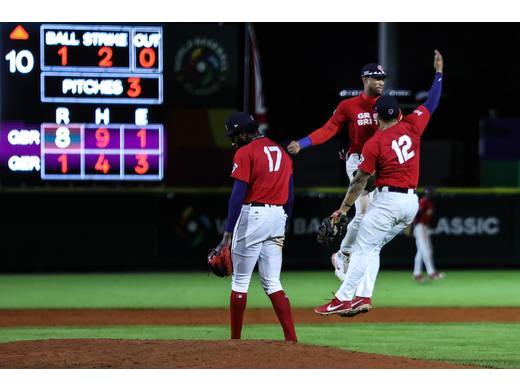