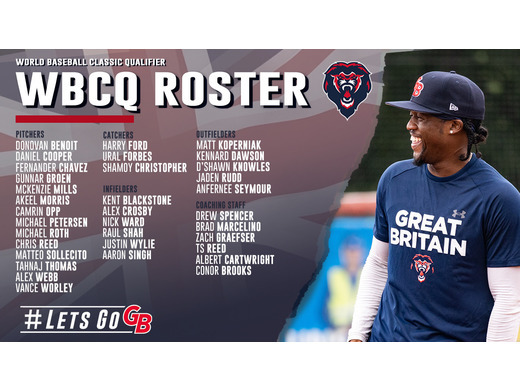 The following players will represent Great Britain at the 2022 World Baseball Classic Qualifier:

The Coaching Staff, led by Drew Spencer, consists of:

Great Britain will play in their first game against cross-channel rivals France on 16 September at 19:00 CET (18:00 BST) at Armin-Wolf-Arena, with the winner facing host-nation Germany the next day. A full schedule of games can be found at WorldBaseballClassic.com