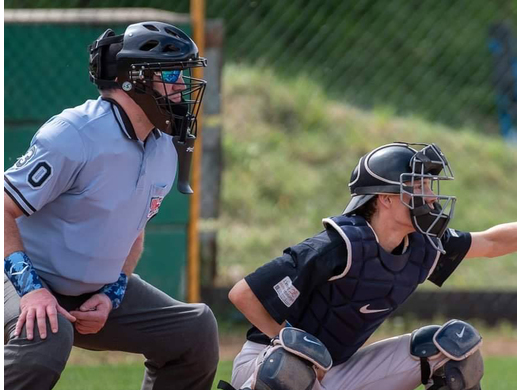 As the Little League World Series (@littleleague) starts today in Williamsport, Pennsylvania, we are also tuning in to watch one of our umpires, Blake Taylor as he will be representing British baseball at the very pinnacle of youth baseball.

A familiar face at youth events, Blake has worked tirelessly for over 9 years across leagues and tournaments in the UK and Europe to qualify for the prestigious finals of one of the largest sports leagues in the world.

With more than 200 Little League games under his belt, he says: “I am extremely honoured and proud to be selected to work the Little League World Series. After working a couple of regional qualification tournaments in Kutno, Poland, I was originally selected to work the 2020 World Series but unfortunately due to the pandemic, my assignment was deferred automatically twice and it's worked out even better for me as this year is the 75th anniversary and the celebrations and events are going to be fantastic. Also, this is the first year the fields have been fully open to the public since the pandemic so we will have full stadiums as well."

He added: "I absolutely love being a Little League umpire and to be the first British born umpire to be selected to work any Little League World Series is a fantastic honour and I hope I do all my family and friends proud.”

Blake will be at the plate in the Howard J. Lamade Stadium aka the main stage at 8pm UK time.

The tournament runs from Wednesday, August 17th to Sunday, August 28th with all games being shown either live or as-live on the BT Sports network (ESPN player).