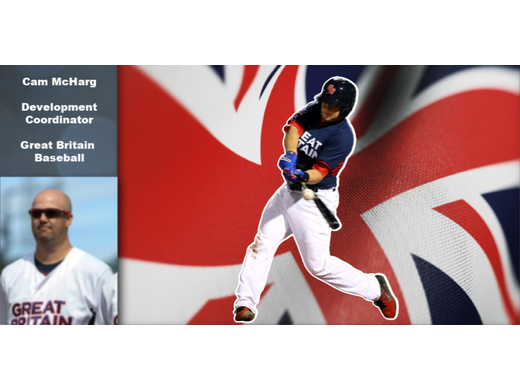 Jason Pearce, said of the appointment, "we are very fortunate to have a great staff of coaches, administrators, and volunteers involved in our National Teams Programme. GB Baseball is growing, and so is our staff. We are fortunate to have Cam McHarg take on the new position of Development Coordinator. Cam will work directly with our coaches, players and volunteers to improve our overall rankings. Cam will assist coaches with communications and liaise between players, players, parents and team operations managers. Please join me in congratulating Cam and we are lucky to have him in the Programme."

Cam McHarg is a native of Australia Coach McHarg has been around the game his entire life.  McHarg has been involved with the British Baseball Federation and the Great Britain National Team since moving to the United Kingdom in 2015.  He served as an assistant coach for the GB Lions at Prague Baseball Week (2015) the U18's (2015-16 & 2018-19) and the U23's (2017-18).  He also coached regularly at the BSUK Academy and High-Performance Academy in the UK.  McHarg had several coaching roles in Australia before GB Baseball.  Initially as the Head coach of Westgarth in 2010. Cam moved on to become an assistant coach with U18 Victorian State Team from 2010-2012. During this stint, he won a bronze medal with Victoria at the 2011 National Championship.