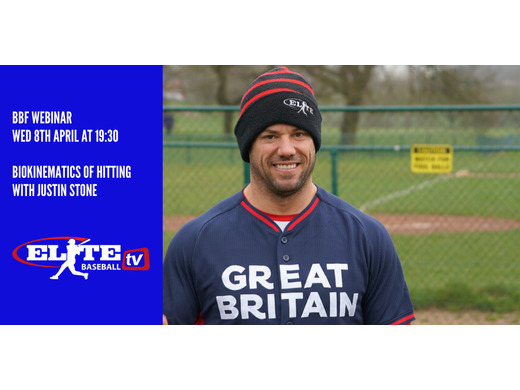 The British Baseball Federation (BBF) mission: is to advance and promote opportunities in baseball so that participants in our sport can enjoy and expand their reach through our Federation.

Webinars are part of our digital strategy aim in turning our mission into a reality.

The BBF Webinar series began early in March with the launch of our Officials (umpires) series, hosted by our very own internationally recognised umpire Gabor Erdos.

Our officials' webinar series is still ongoing and has been a great success, with participants taking part from over five countries, plus the United Kingdom. The officials' webinar offers beginners and veterans a mix of insights and instruction on how to be an umpire, rules interpretation, positioning, and game routines. Periodically, we have other hosts from our British Baseball Federation umpire ranks contribute to our webinars.

A spokesperson for the BBF said, "we are proud to announce we have expanded our webinar series, by bringing internationally recognised presenters in from around the world of baseball to offer value to our sports stakeholders. Considering the times whereby most of the baseball community is in some form of home isolation, and the start of the baseball season is postponed because of COVID-19, it just fits to offer everyone a means to stay engaged with our sport. Moreover, the mentioned webinars are free and open to anyone from around the globe."

The BBF spokesperson went on to say, "We have to thank everyone involved and especially our presenters who have been great to collaborate with the BBF to make our webinar initiative a success. There are some great presenters lined up, e.g., next up, Justin Stone, who is considered an expert in the field of high-speed video analysis, and who utilises technology to teach baseball mechanics more efficiently. Justin, is a director of hitting of an MLB club and founder and CEO of Elite Baseball Training (from Chicago, IL USA), has offered to support our webinar initiative by presenting on Wednesday, 8th April at 19:30, his topic: the biokinematics of hitting. So register and join in."

Justin reach began to encompass professional players that were looking for the most detailed instruction on the science of hitting. The next chapter of his career was founding Elite Baseball Training to focus on leveraging his years of baseball experience and technological expertise to provide highly progressive instruction to players of all ages and experience levels and teaching baseball fundamentals in a new, logical way. Last year, Justin was hired and at present, is the Director of Hitting for a Major League Baseball Team.

Biokinematics is the science of how the joints, muscles and soft tissues integrate and the sequence of their movement. Baseball is a traditional sport. For years, baseball fundamentals were passed down without dispute from "experts" in the game to the youth level. Now in the digital age, we found that what was previously taken as fact was, in many cases, mainly in error. Given the growing trend in merging baseball and technology, biokinematics gives players an advantage on the field and prepares them for the long-term future success in the game of baseball. At Elite Baseball Training in Chicago, they are pushing the envelope on the next age of baseball instruction. Elite instructors use technology to teach baseball in the most efficient way possible. Although many of their instructors played professionally and collegiately, they do not rely on the information that was passed down and considered correct for decades. Instead, Elite instructors make use of scientific and evidence-based information to coach.

For example, for hitting, every athlete that steps in the batter's box has a unique set of physical characteristics that makes them swing the bat the way they do. Before he or she can pattern mechanics that are best tailored to their body's attributes, they also need to need to understand their physical limitations. Hyper-mobility and mobility restrictions, muscle bias and joint instability, all will affect the way you swing the bat. Biokinematics is the foundation used to ensure the correct kinematic sequencing is in sync with the hitters' physical attribute. The result, is greater launch angle, improved bat speed, and an improved swing.

To learn more, interact with Justin Stone, registration for the BBF Webinar Biokinematics of hitting is now open. However, spaces are limited so sign-up, now.

More webinars will be released so stay tuned.